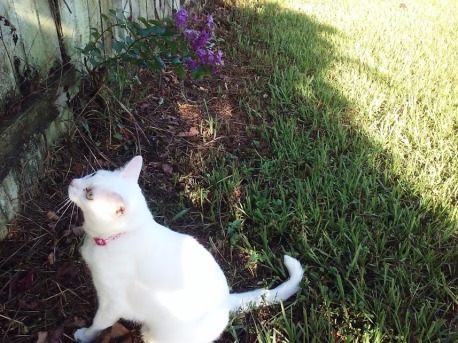 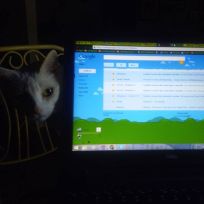 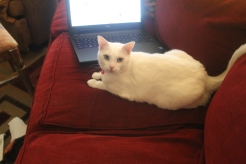 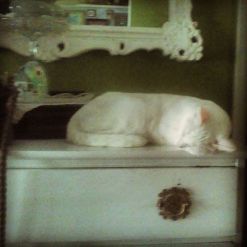 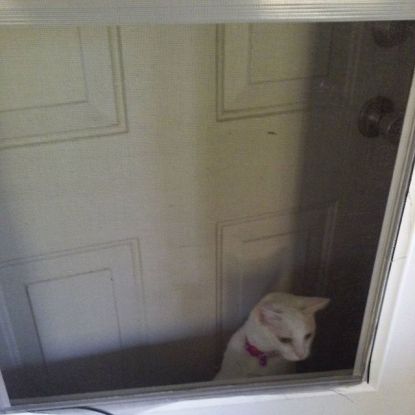 I’m in love with this cat, I absolutely adore her. It’s not unlikely for a human to love a cat.  Ancient Egyptians considered cats to be quite special. They are respected creatures and are loved by people around the globe.

Several other artists, scientists, authors and notable humans have loved their cats before me. That’s fine that they have their cats, because I have mine. Though I haven’t had her very long,  I really like her.

This cat’s name is Duchess, and she was adopted at 8 years old. She doesn’t like to sit my on lap, but she’s always nearby. Short white fur surrounds her body, and she has big green eyes. She doesn’t like other animals at all, just me. I find, this endearing, in particular her stranger hiss.

Duchess appreciates neck scratches. She has a meow like an older woman that spent many years smoking cigarettes. She has a sensitive stomach and dislikes dogs.

It was easy to chose her because she rubbed her head against the phone when the Velvet Underground came on.

We went to the local SPCA on a whim because I had just moved into a new apartment and had been feeling lonely after a few months. Enjoying the company of my good friend Ed , we were as usual listening to some music upon entry to the local cat shelter.

This cat was beautiful  to me immediately. She started nuzzling my phone, and I started holding my heart. Then, I told my friend “This is the one.”.

Little did I know she just rubs her head on everything 🙂

Acrylic art, I am a color wizard. View more posts